Many alfalfa fields in northeast Nebraska are planted on rather steep eroded hillsides. Each year the alfalfa on the hillsides turn yellow in June and often times remains stunted throughout the growing season.

Where we applied PRO CAL 40 on these fields the yellow alfalfa did not appear on these hillsides.

There are several reasons why PRO CAL 40 can eliminate the yellows and make the alfalfa more productive. These include better infiltration, better air water exchange allowing for better nitrogen fixation, improved root growth due to a better soil condition, a good calcium and sulfur source as well as others.

This field which is 5 years old produced over 2 ton/acre on the first cutting. This was significantly more than the field with the yellow stunted alfalfa which was second year alfalfa. Many producers have told us that PRO CAL 40 will greatly enhance their production of the older stands. 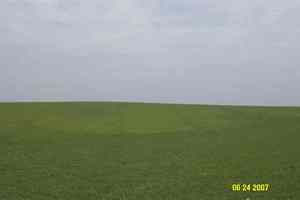 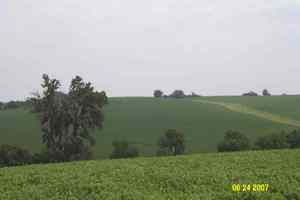 Treated Alfalfa field neighboring the other field. There is no yellow hillside in this field. In previous years the hillsides were yellow. 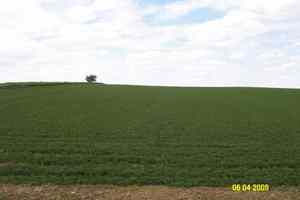 This is the same field as the previous field. PRO CAL 40 was applied after the last cutting the previous fall. Notice the alfalfa has no yellow areas. 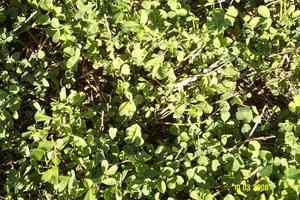 Close up of the alfalfa before PRO CAL 40 was applied. The alfalfa is stunted and yellow. There are many alfalfa fields that show this appearance in the fall and would respond to PRO CAL 40. 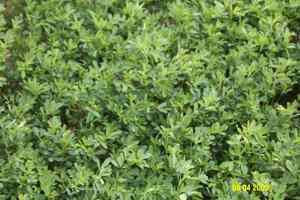 This is a close up of the alfalfa after application of PRO CAL 40. Some producers tell us that the leaves are larger and that there are more leaves where the PRO CAL 40 is applied.