You are here: Home / Blog / General / Using Procidic When Planting Soybeans Earlier is Important in Producing... 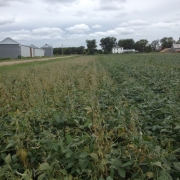 Research over the past 15 years has shown that soybean yields are consistently higher when soybeans are planted earlier than most farmers are accustomed. Most producers recognize the importance of early planting in corn in most years and consequently corn planting has taken a precedent. When planting soybeans, soil conditions are as important as it is with corn. Soils must not be too wet or too dry for optimum germination and growth. In general, the closer to May 1 that you plant soybeans the better.
The reasons for higher yields with earlier planting are:
1) More nodes per plant. Soybeans produce one node about every 4 days after the V1 stage. With greater node number, there is potentially greater pod number. Interestingly, internode length is related to temperature, so earlier planting will also result in shorter internodes which can possibly result in less lodging of soybeans.
2) More sunlight interception. Earlier planting will result in canopy closure sooner, closer to the time of the summer solstice when solar radiation and daylength is the longest. More sunlight harvested means potentially greater photosynthesis and greater yield.
3) Less soil moisture loss. With faster canopy closure, there will be less evaporative loss of soil moisture and cooler soil temperatures since the sunlight will not reach the soil. These conditions also are more favorable for microbial activity in the soil which improves nutrient availability later in the growing season when soybeans reach their peak uptake.
It is critical, however, to note that planting earlier creates an environment that is more favorable for early diseases. Especially when planting earlier, a fungicide should be applied with the seed. If your planter is set up for in-furrow liquid applications, Procidic is an excellent product to consider. Procidic is both a bactericide and a fungicide so you will also get protection against early season bacterial diseases in addition to fungal. We have also observed a reduction in SDS when we used Procidic in-furrow at planting. The reason is that SDS infects the plants shortly after emergence and Procidic in-furrow can reduce infection at that time.
Since Procidic is registered for organic crops, it is excellent to use there as well. For controlling insects in organic crops, Safestrike is the product of choice and may also want to be considered at planting time when planting early. 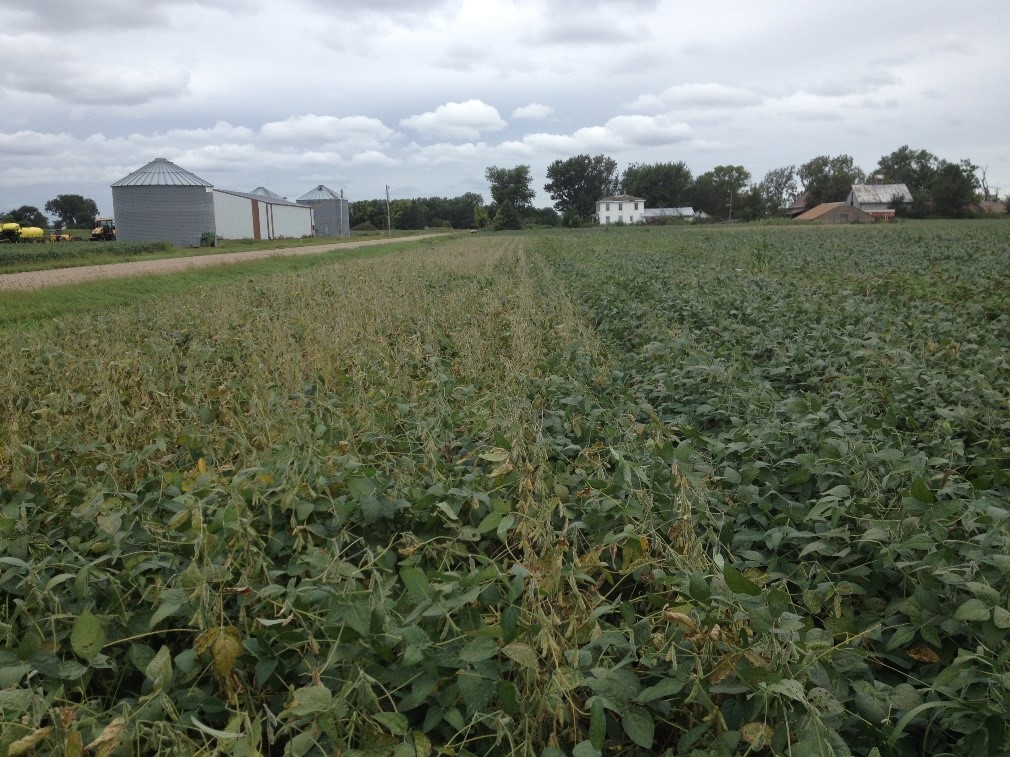 SDS where Procidic was not applied in furrow on left.

Should You Consider Higher Corn Plant Populations?
Scroll to top