Organic matter tests have changed over the years.  A decade or two ago most organic matter was done by the Walkley-Black Organic Matter Test which was a digestion test.  Due to the length of time and the cost of dis 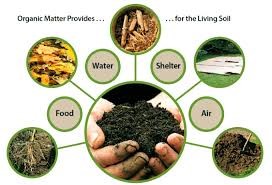 [1]carding the heavy metals from the reagents of the test most labs have moved to the loss on ignition test.  The drawback is that this test can give elevated results especially in high pH soils that contain appreciable amounts of free lime. The reason is that when the laboratory burns the sample the lime also burns and shows as a loss in weight just as if it was organic matter. Some labs attempt to adjust the OM readings to compensate for this.

As a retailer or farmer, you should be aware of this change that has occurred over the last 10+ years. I think some farmers have seen that their organic matter readings have increased and have attributed it to better farming practices when it may be just due to a change in laboratory procedures and calibrations.

You should also understand that some of your high pH soils may not be as high in organic matter as your soil tests show so if you are using these readings for nitrogen credits in your fertility recommendations you may be over estimating credits or possibly underapplying nitrogen.

Just some considerations that you may not have thought about or been unaware.